Cameras in Care Homes – Mixed Views in the Profession

Cameras in Care Homes – Mixed Views in the Profession, according to Andy Merker, Vic Citarella and Janti Champaneri

Last week, The Times told us that research into use of cameras to protect people in care homes had found the following proportion of stakeholders are in favour of their adoption: 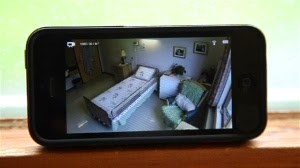 • 90% of families with relatives in care

The research, conducted by care home provider HC-One, came in the wake of CQC’s announcement that it is to issue a public information sheet for families and companies who want to film inside care homes.

Then, later in the week, respected commentator Roy Lilley wrote this in his blog: The CQC's Andrea Sutcliffe, inspector of care homes, is savvy enough to know she can't deliver 24-7 safe care for your Granny. She's given up and given permission for StreetWise relatives to sort it out themselves. She's handed her job to the relatives.

There's guidance on the way that StreetWise relatives neither want nor will be bothered about. It is a bureaucrat’s answer to a burgeoning problem that StreetWise families will sort out for themselves.

Roy’s conclusion is well worth including here:

If the law required CCTV in every care home, with the memory device only accessible by the client or family, we could make Andrea redundant tomorrow – and knowing her as I do [I am sure] she wouldn't mind at all.

A couple of days after all this I met with Andy and Janti to discuss the promotion of the embryonic Social Care Support Network at the Lahore Fort restaurant in Sparkhill, Birmingham (a venue chosen as we are thinking of hosting a Social Care Curry Club meeting as a way of giving the network some impetus).

Over a great buffet (a bargain at £9.95) inevitably, bellies perhaps slightly bulging, our conversation turned to this whole ‘cameras in care homes’ debate. And I have to say that in some respects it doesn’t matter what we concluded as the important thing was we debated the issues with as much relish as we tackled the buffet. Still, this is what we agreed:

We recollected that the Social Care Association had written a Parliamentary Briefing on the subject of care home CCTV in the late 1980s. Nostalgia then kicked in about the heyday, from our perspective, of professional debate. The policy, in the written piece, had been shaped in the cauldron of meetings, in actual formal debate and with postal interchange of comments.

Moving on, we thought the position emerging was a damning indictment upon CQC – and perhaps the regulator needs to look at what it is they are really measuring in terms of quality services. For those on the front line, the difficulty about good quality care is that it is what occurs at the interface between the carer and the service user. Frequently, this interaction involves deeply personal activities and/or issues for which we would usually require the utmost privacy/confidentiality. So ironically with most cameras in care homes currently sited in public areas few actually abusive interactions are captured – as perpetrators present themselves as all sweetness and light in such areas of the home.

Another aspect we discussed: the strength of the request for this kind of surveillance does not seem to be reflected quite so much by service users, in comparison to their relatives. And perhaps this is the more worrying aspect – the way in which social care has failed spectacularly to provide a guarantee of safe care sufficiently strong to secure the confidence of relatives.

The reality is that for most service users, support workers need to become involved in these intimate moments, and the difficulty is that abusers can use this mask of privacy to hide what they are doing. So atrocities can (and do) occur. And, of course, there is always the issue of the blind spots that cameras cannot see – which determined abusers will quickly work out.

Furthermore, it is not just deliberate criminal abuse that must be eradicated but any and all offences against dignity and respect – the insidious neglect that characterises poor social care practice. Here cameras could be a conscience, a training aid, a form of communication, as well as a reassurance to relatives that their concerns are either unfounded or are being properly addressed.

CCTV becoming ubiquitous in care settings may ultimately be the way that things may need to go.

However, the challenge has to be in what circumstances the tapes/disks would be accessible and in what ways would these tapes/disks be safeguarded from unauthorised viewing? Over our excellent repast we agreed that the kind of double key security one finds in safe boxes in hotels — with one held by the hotel, the other held by the guest -- may be one way of ensuring controlled access. Perhaps CQC should be present when such tapes are viewed?

But there are definite thorny issues about the service user, and indeed the worker, giving informed consent. It is possible we will have a scenario where the camera comes to replace the call-bell, in itself a source of discontent in many care homes. Residents and workers will work out together why cameras are useful, what concerns they address and how they enhance personal and safe care. In dialogue with relatives they will then utilise them accordingly; we agreed that is a convincing scenario.

On our way out of the restaurant, we briefly turned to domiciliary care – surely we can have whatever cameras we want in our own houses, can’t we? Would the safeguards need to be different in these settings? Are there any guidelines that we could pinch from the experiences of Big Brother? (Perhaps more of the Channel 4 reality TV version rather than Orwell’s nightmare vision?)

In any case, we think this is a significant and professional topic for debate. We also believe that this issue does need to be actively considered by practitioners, as well as residents and their relatives, to develop a beneficial and safe way forward.

Saying farewell to the patron of the Lahore Fort we queried whether there might just be an upstairs room for a social care practitioners meeting prior to partaking of a buffet. A professional network facilitated discussion followed by all the curry you can eat, including pudding, seemed to us an offer practitioners simply couldn’t refuse.
Posted by cpeanose at 11:41