Mike Wright asks what ‘adulthood’ is, how should we recognise it – and why is it so important?

Adult - from the Latin adultus, "grown up, mature, adult, ripe"

Above is the etymology of the word ‘adult’ that I found using an online etymology dictionary. And if it were not for the words ‘grown up, mature, and ripe,’ this blog may have taken the form of the old ‘which came first – chicken or egg/adultus or adult?’ paradox…

However, fortunately the test for recognising a fully grown up, mature human is apparently the same as selecting a good grapefruit or banana! 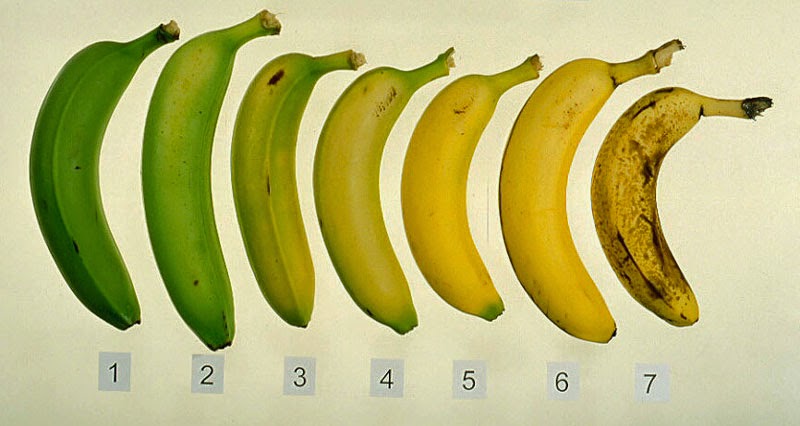 I guess that does raise an additional question, however, as to when you consider a banana to be ripe – a contentious issue to say the least (I personally prefer a banana with a few light speckles!).

Anyway, when can we say that somebody is ‘ripe’ without insinuating it’s time to crack open a nice bottle of Chianti and get some fava beans on the hob (a la Hannibal Lecter)? Wikipedia has seemingly distinguished between two ways of defining adulthood, it seems to me: – a biological and a legal or social sense. ‘Biologically, an adult is a human being or other organism that has reached sexual maturity. In human context, the term adult additionally has meanings associated with social and legal concepts. In contrast to a "minor," a legal adult is a person who has attained the age of majority and is therefore regarded as independent, self-sufficient, and responsible.’

This suggests that the transition from childhood to adulthood appears as almost a quantum leap from one to the other. To borrow the examples used on Wikipedia, one day on the calendar separates a person’s eligibility to either become an adult movie actor or run for Presidency – an example which, one might argue, represents a less obvious quantum leap! (I apologise – this shall be my first, and last attempt at political satire, I promise!)

There is clearly an assumption that by having ridden this planet around the sun for a certain number of orbits, or by having developed hair where there had not been hair before, one is somehow qualified and responsible enough to make independent decisions that the individual in question had not previously been deemed ready to make.

In each case, adulthood is seen as something that can be objectively measured and observed – but how far does this reflect the reality of our experience in making the transition?

The Romantic poet William Blake expressed the dichotomy between ‘Childhood’ and ‘Adulthood’ as ‘two contrary states of the soul’; Childhood being expressed as a state of innocence and Adulthood being marked through experience, leading arguably to a more cynical and perhaps inhibited outlook on life. This represents a less tangible interpretation of the transition but reflects a transition nonetheless, whereby our inner experience appears to be the determining factor as to whether we have reached a state of Adulthood.

Perhaps a more positive view of adulthood comes from looking upon the change as a development towards a greater understanding of self. The Psychologist Carl Rogers (in his book ‘On Becoming a Person’) wrote, ‘… It shows itself in the tendency to reorganise his personality and his relationship to life in ways which are regarded as more mature.

‘It is the urge which is evident in all organic and human life – to expand, extend, become autonomous, develop, mature – the tendency to express and activate all the capacities of the organism, to the extent that such activation enhances the organism or the self.’

This interpretation of maturity is one that is expressed in terms of a positive enhancement of the individual, rather than as a loss of innocence or becoming more inhibited due to the assumption of responsibilities commonly associated with the transition into adulthood.

There are obvious practical and social reasons for being able to objectively recognise and distinguish a child from an adult. Such a distinction helps to ensure that those who are vulnerable through, perhaps, a lack of experience, are not exposed and subjected to conditions that could threaten positive development towards maturity.

For me, adulthood is not an objective destination, which symbolises the end of our previous phase of life as a child. For me, it represents a continuing positive development towards maturity and a greater understanding of self, one hopefully leading to an enhancement and enrichment of our experience as a person.

This perhaps means that we can never truly say when someone is ‘ripe’ unless we are that person and can judge through the measure of our own experience.

As to the vexed, perennial question of when a banana is ripe, I guess we can never truly know… but let the debate rage forever onwards!
Posted by cpeanose at 00:52