Innovation is a term widely used by government and industry, as well as in health and social care – and undoubtedly, in the run up to the General Election, all the political parties will be discussing innovative ideas and policies. Perhaps they’ll even use the reliable shorthand for the whole process, blue sky thinking, to identify the way they’ve come up with such ‘breakthroughs’. 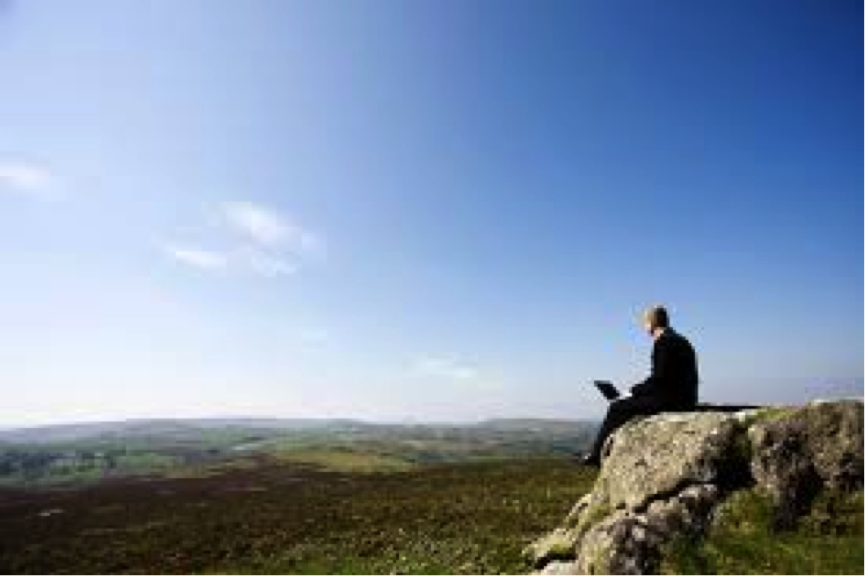 Alas, in the real world, innovation is a lot more common that that metaphor implies. The problem; delivering its benefits is a lot more of an issue. It’s implementation of the good idea that’s the obstacle, not never having one.

But why is it so difficult to get innovative ideas to work in practice? There are perhaps three ways I’ve found to explain why ideas that look great on paper fail when implemented locally: Top down, Context and Suitability.

One of the biggest roadblocks for innovation in health and social care is that the services such teams provide are for the most part funded at the national level. As a result, new ideas often first get traction centrally, which drags along an expectation that the front line will implement them. This creates a policy-to-practice gap, in which good ideas too often fall - largely because local health and social care organisations are unable to accommodate the change without significant risk.

Furthermore, without buy-in from frontline staff and service users, there is very often insufficient positive incentive to change. That’s a big reason why we see time and again new policy ideas are often short lived, too susceptible to changes in the political landscape. This ’top-down’ approach frequently leads to ‘badge engineering,’ in which services fundamentally remain the same – but are rebadged by latecomers to fit the latest policy Zeitgeist.

Is there a way out of this one? I think that taking a collaborative approach and expanding the number of people that contribute to innovation helps a lot. Innovation works best when everyone is involved with creating and implementing ideas that lead to success. A good example of this is the Think Local Act Personal (TLAP) initiative - a national partnership of more than 50 organisations committed to transforming health and care through personalisation and community-based support. The partnership spans central and local government, the NHS, the provider sector, people with care and support needs, carers and family members – and is a great case study of just what I am talking about, innovation that works.

To sell innovative ideas, it is vital to have examples of how they work in practice; for example, how a new way of working has positively changed someone’s life, or how this new approach saves money. There’s a problem, here, though; what works brilliantly in one context might not in another – and while case studies and examples definitely have a place, there is a risk in oversimplifying the narrative and ignoring the context in which the services are delivered. False impressions may get created.

This is a crushingly familiar snag with pilot schemes, which work in the context of the pilot area(s) but seem to fail when implemented nationally. Indeed, context is king when considering integration of health and social care services. As we all know, since the mid-1970s, greater health and social care integration has been the aspiration of successive UK governments. Despite this, progress has been glacial. Exceptions do exist (Torbay, North East Lincolnshire) and these examples get trotted out again and again as clear signposts to show how integration works. However, neither offer a ‘one size fits all solution’ to integration. Both areas are small and have a unique set of circumstances that led to the establishment of integrated services. This is well discussed in an evaluation of Torbay by the Kings Fund (2011), which makes the telling point that there is no ‘textbook’ to guide the process of health and social care integration because local context - especially the interplay of people, relationships and processes - are key variables.

Innovation often flourishes when money is available to groups of individuals who are organised and determined to make a difference. Short-term money for proof of concept is a good thing, but the obstacle here is deciding how such pioneering individuals and projects get supported and sustained in the long term.

An example of this is the independent social work practices for adults. In November 2010, the then-new Coalition Government announced £1m to pilot adult social work practice outside of local authorities. The outcome was six successful Social Work Practice pilots and ten Social Work Practice Pioneer Projects, all centred on people who use the services. Many involved in these projects took great personal risks by coming out of local authority employment to work for a social enterprise and there’s some real breakthrough here.

But it’s really only been in a very small scale. And the challenge for such social work practices is the same for all small innovative organisations… they may be able to prove concept - but are they sustainable in a competitive environment? Public sector procurement processes are often the stumbling block, of course. And although they can be circumvented for the purposes of a pilot, in the longer term procurement as it stands in the sector does still tend to favour larger organisations which can provide a variety of services, have economies of scale and business development functions, all of which easily outcompete smaller groups of dedicated individuals. Again a ‘one-size fits all’ approach to commissioning stifles innovation, forcing as it does an over-emphasis on winning new business above delivering great services.

Falling from a blue sky

My point is that innovation rarely falls from a ‘blue sky.’ The best, most sustainable innovations, often come from the hearts and minds of those who work in or receive services. The trap in searching for the next centrally led ‘big innovation’ is that we miss good ideas already under our noses, I fear.

Is there an answer? Perhaps what is needed from any newly elected government is not new ideas but a strategy constructed in such a way as to foster and nurture grass roots innovation to flourish at the frontline?

That would be a Big Idea I’d vote for, don’t know about you.