So, I have been doing some Better Care Fund (BCF) work for a local authority and I’d like to share some of my thoughts around this somewhat controversial topic.

Controversial because BCF can either be seen as a cynical move to make it look like local authorities and the NHS have been given a load more money to spend on integrating services or as an opportunity to start to generate responsibility across the health and social care system for certain big ticket outcomes; such as reducing non-elective admissions, timely hospital discharge, reducing admissions to residential homes, helping people to live independently at home… and lo and behold managing the system costs better so we can meet future demands.

Unusually for me, I am choosing to think the second option; yes, after doing this work I am going to choose optimism. I’m beginning to think it could just work. I was engaged to work with the differently-funded elements of the programme to build the business cases and evidence for:

• why their services should continue to be funded at the same levels
• what is their contribution to the BCF objectives and high level outcomes
• what cost-benefits they are generating.

I have also been tasked with developing some sensitive metrics for each scheme which could be reported to the Performance Review Group so that assessment could be made of which services were making the best contribution to the outcomes data – i.e. data which can show a link between a certain number of x-type services and, for example, a reduction in delayed transfers of care.

I have also been looking at funds like Disabled Facilities Grants and community equipment – mandatory to put into the BCF pot – and the services supporting allocation of those funds, such as OTs. I don’t really need them to build a business case for the use of adaptive technology, it’s worth noting, as perfectly good research has established this, including a fabulous PSSRU paper from 2011

What I do need these services to establish is that they do this well. So it comes down to a few criteria, the crucial ones, I think, being relevance and responsiveness. Do they assess the right people? Do they do it quickly enough and provide the service, whatever it is, be it a care package, item of equipment, hospital procedure, whatever in a timely way, to ensure a more costly alternative is diverted somewhere down the pathway?

To answer these questions, I’ve been having a look at a lot of potential metrics that could be of use. I’m very interested in standardised tools for measuring health and quality of life gain at the moment, especially ones which can link to determine quality of life year gain QALYs. (To my mind, these clearly include tools like EQ5D, SF36.) I’m also interested in mental health tools such as WEMWEB, in scoring used in services like intermediate care such as Barthel Index, and the Nottingham hip fracture score. I’m no expert in this area, to be fair, but I have been putting in the hours to build my expertise in this area; and as a result, I am finding it fascinating.

As a result of all this, I suggested that a lot of the services adopted a similar or the same tool and then we could measure and compare the health gains generated by, say, a mental health outreach service or an equipment service.

But a story keeps recurring to me. A number of years back when I was involved in the allocation of grant funding to voluntary organisations, I spoke to a group of young carers who were involved with a young carers’ project which networked them, did crafts and groups and took them on away days etc. I asked them, if I could spend the £200K we spend on this project on whatever they wanted, what it would be.

The outcome of the discussion was almost unanimously – and very surprisingly – that they would spend it on equipment and adaptations for their parents or siblings to make them more independent as that would relieve the caring burden on them – not, as we were doing on group meetings and networking and ‘treats’.

In an ideal world you would have both, of course. Those young people certainly deserved it. The conversation was a real eye-opener for me. There are always alternative ways of getting to the same result, after all – but it only takes asking the people involved to find out what that is. Do we really need a lot more evidence for what works?

As a result, this morning I am coming round to a new stream of thought. The BCF can work really well and it can deliver on its objectives. To do that, the BCF Performance group needs to be sitting round monthly (or even more often), not talking about numbers, as tended to happen in the past, but looking at people in the system, maybe even down to individual names and needs.

It needs to be looking at system sensitive information, such as who is waiting where, what can be done to make things happen quicker for them. Useful questions here might be, could money cross over scheme boundaries to make that quick thing happen without a business case or a lengthy trail through a governance regime? Can we get people managing the services to sit down and look not at what happened but at what is going to happen next?

In other words, we need to start looking at the numbers that predict the future, not those which tell the past – and, see if someone else is already doing this first, by the way. 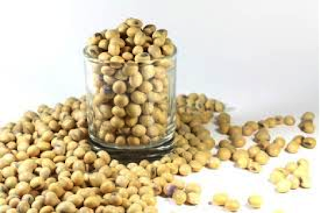 We still have to decide what information should be brought to the group. But my guess is it won’t be as complex as the information I originally thought we might need. All this might even be described by some people as bean counting… but you know what, if beans have already been proved to be highly nutritious if you eat enough and likely to give you wind if you eat too many – why wouldn’t you make sure you are counting them accurately?
Posted by cpeanose at 14:39