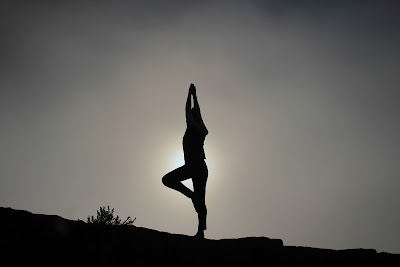 As a psycho/hypnotherapist and meditator for well over 30 years, I have often shown people how to use ‘altered states’ to help them manage, and indeed change, their behaviours. This allows them to become empowered and develop more successful communication skills, thus living their lives more successfully to become the best they can be.

However, these powerful techniques can be used to manipulate. Indeed, since the beginning of time it has been known that there are ways of influencing both individuals and groups, controlling behaviour by institutions like religion, by government, advertising agencies, even cults and families. Civilised society likes to think it can avoid physical violence, but then uses psychological tools to control a more ‘desirable’ compliant and indeed a more ‘civilised’ community.

Religions utilise altered state approaches, appealing to the greater good to get people to follow their rules - for example, missionaries who use various methods of persuasion from kindness and forgiveness to threats of Hell and eternal damnation. The use of fear is the strongest emotional charge of all; with ‘mystery’, singing or chanting, flickering candle light, unusual fragrances and so forth as other means.

Yes, religion can be very comforting, offering a safe structure which defines right and wrong. It’s can be useful to the powers that be, as getting people to march into battle is often supported by a lot emotionally-charged communication and rhetoric. (The very same methods are used by advertising companies with various psychological techniques, chirpy little tunes and repetitive phrases to persuade people to spend money.)

Altered states, then, soften vulnerable or susceptible people, placing them in a heightened state of suggestibility - and when all the other factors are right, there is the perfect storm for recruiting and radicalisation to the ‘cause’. Suggestibility The 3 main ways to achieving an altered state (sometimes called trance or hypnosis) are

This is about focusing attention down one particular track; blinded by external factors, all energy is gathered to one end, whatever that may be. (Actually, when anyone has an ‘interest’ in something they tend to do this naturally, passionately looking to research, read, explore whatever is needed to find out about this ‘thing’; for example, a passionate/emotional charged chef will notice food first, a bereaved person will notice those similar to the person they have lost, and so on.)

If an individual’s culture is intertwined with a specific belief system, it is inevitable that their perception of the world will be through that particular lens. All else outside will pale or brighten, depending on how early family culture has been enforced, as well as the developmental age of the individual and their likelihood of adolescent rebellion.

2. Rhythm and repetition Constant repetition of phrases at different times of the day will eventually become automatic. This is basic Behaviourism, as demonstrated by Pavlov and his salivating dogs - but focused on subtler things than food. If repetition is repeated with a chant or musically and affirmed with physical posturing, rocking, specific gestures then responses, it will eventually become almost part of muscle memory, slipping out of the general notice of the conscious mind. In other words, behavioural responses will become automatic and instinctual, familiar and safe, thereby passing any rational thought processes, strengthening the focus of attention, belief systems and increasing suggestibility.

3. Breathing and the emotional charge Breath and emotions are inextricably linked; we can control our emotions by controlling our breathing :

• Hyper/Hypo ventilating can occur when the body is under stress, which means there will not be enough oxygen for the body or mind to function properly
• Fear, use of violent images, screaming and ranting will heighten the emotional charge and therefore make an individual more susceptible to suggestion
• This may be enhanced by the Internet, which can be accessed 24 hours a day and is both a blessing and a plague on society.

Installation of beliefs in a positive form initially canalises the attention from early childhood; learning by rote, chanting, rocking and 5 times a day, etc., may help lock in total obedience.

Add to these beliefs about victimisation and combine with natural teenage rebelliousness and emotional loyalty to older generations will bring confusion, emphasising and distorting the theme even more.

Put all of this in the hands of a mediaeval Islamist cult for example, and you have the perfect storm.

Whilst the West has tended to put aside older questioning deferential approaches to authority, with the inevitable consequence for the short term, many societies have not - and still rule by fear and violence.

Altered states misused in the name of religion heightens our vulnerability, making us more susceptible to suggestion and the consequent control and abuse by others. Shock (violence), ranting, (authority) screaming (fear) all serve to heighten the emotional charge, causing ‘confusion’ in the mind (‘confusion technique’ is a well-known hypnotic induction), drawing the susceptible individual to powerful propaganda, tightening blinkers and losing sight of a broader, more tolerant, view of the world.

We were like this ourselves a thousand to five hundred years ago, but by myths – stories – like King Arthur and chivalry, we made progress. Perhaps in these troubled days we could consider stories as a value shared beginning - and look to develop new myths.

Honour, respect and tolerance, protection of the weak and innocent, support for the vulnerable… could these be used to help lead troubled youth away into an altered state that would be much better for the world, do you think?
Posted by cpeanose at 18:11